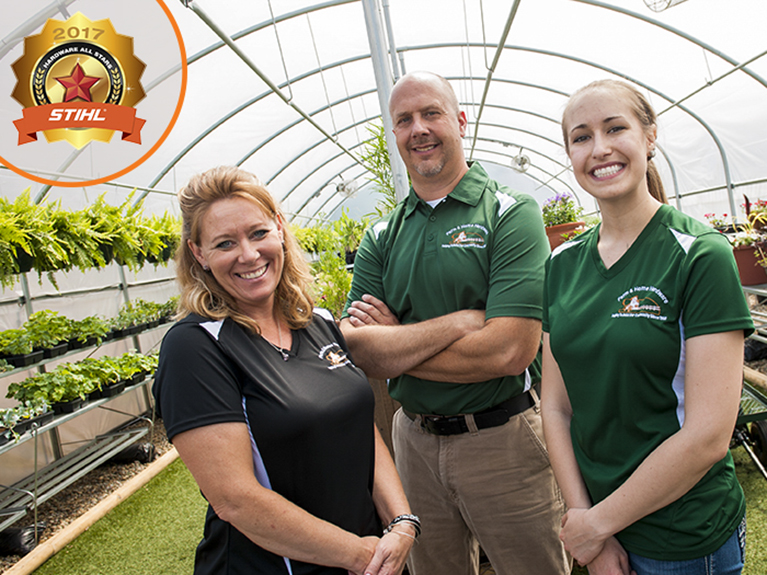 Three more All Stars join the parade of high performance and community service.

It takes a little more to be a Stihl Hardware All Star.Since 2011, HBSDealer has reached out to suppliers, distributors, manufacturers, vendors, retailers and homeowners in search of high-performing, service-oriented, community-minded hardware store, lumberyard or farm and ranch dealers worthy of All-Star status.

It’s a tribute to this industry that each year brings a surplus of high-quality nominations. The companies profiled have earned their place on the list of 50 — one from each state. And they join an elite fraternity of honorees.

Here’s to the class of 2017. And here are three stars worth gazing at.

A local favorite and a reliable source of “whatever the customer needs,” Sliters Lumber & Building Supply has earned an accolade for its good handling of the old-fashioned hardware store values: a community spirit and “immaculate” customer service with a personal touch, as one customer described it. Several Sliters staff members belong to social welfare benefit organizations, and the retailer supports the local Boy Scouts and the United Way. It’s three Montana locations are a reflection of its legacy, which has been in place since 1933 and has earned it the title of 2014 WBMA Dealer of the Year.

Builders Warehouse of Kearney is an independent home center with the fire power to take on the national chains. The 65,000-sq.-ft. Kearney store is part of a diverse Builders operation, that includes truss plants, a Builders Show Room and a pro-focused lumberyard in Aurora, Colo. The award-winning independent has the size, selection and the quality to compete for just about anything home related. The key, according to CEO Chris Borrego, is the people who make it happen.

Farm & Home, of Wellington, is clearly doing something right. If it wasn’t, it wouldn’t have 9,000 subscribers to its rewards program in a town of 5,000. That, added to its double-digit growth each year, tells the story of a store that’s meeting a need in its community. The 30,000-sq.-ft. store has an especially robust power equipment selection and outdoor nursery, and it continues to give back to its community by sponsoring charitable events, such as a coat donation drive that rewards participants with $50 toward their Carhartt clothing department.

See the full Class of 2017 All Stars  — presented by Stihl — in the May issue of HBSDealer.